It can seem like a great luxury to have a try-out performance of a show before it even reaches the public domain; but in my experience it is always worth the considerable effort. 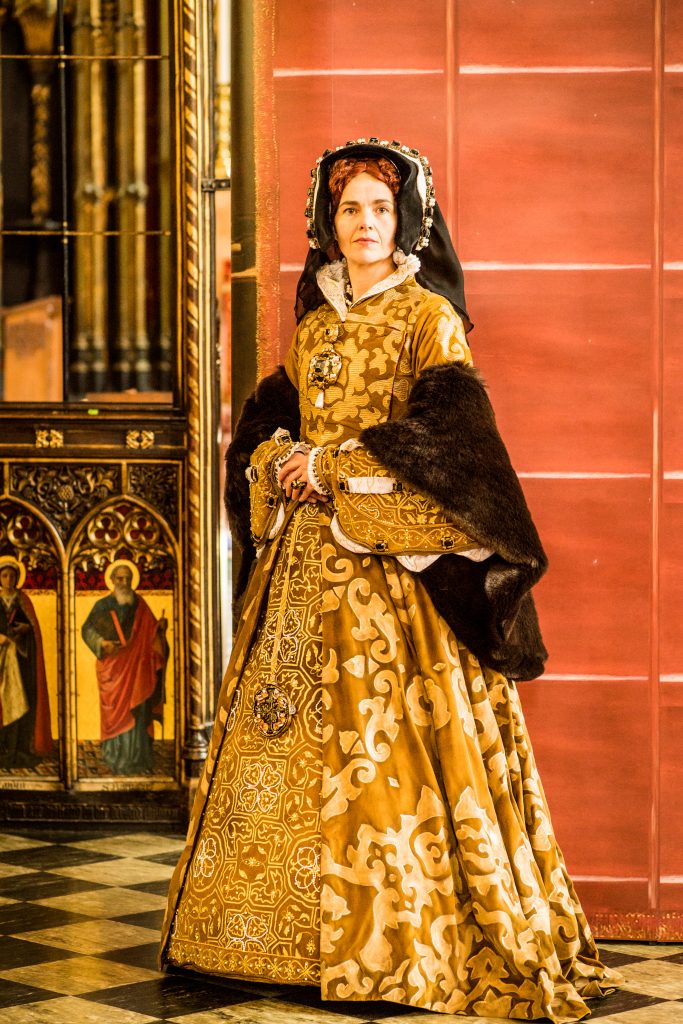 At the end of April we ran Mary’s Hand with a half-finished costume and three generous instrumentalists who learned the piece on the day and were unfazed by the idea of the music’s order changing mid-performance. We were delighted and reassured by a very positive response from our invited audience. We have used that feedback and our own impressions from two intensive rehearsal days to improve and tighten up the piece. Some discoveries can only be made in front of an audience and we were grateful to our friends and colleagues for their input.

Mary’s sumptuous dress is now finished and brilliantly captured by Robert Workman in some wonderful shots of me in rehearsal (left). After the show opens in Chester on 21 June, there will be two performances in London on 1 and 2 August. We are also in discussion with various venues outside London for dates in 2019 and hope to take the show to locations connected with Mary’s story.

More information about the performances is available here.