Di began as an actor. Her background is in Physical Theatre and she was a founder member of The David Glass Ensemble, playing Gertrude in the original production of Gormenghast. Since then she has worked in repertory, fringe and West End theatre, site-specific and multimedia performance, film (Fodor’s Hamlet, Secrets and Lies) and TV (Holby City, Doctors and as a regular on Carlton’s Crossroads). She has toured UK and abroad and spent six months working with Barcelona based company La Cubana (Nuts Coconuts Spain/ Edinburgh International Festival). Most recently she performed Byron Violent Progress for this year’s City of London Festival.

Writing includes Salford Tales, Songs of the Bridgewater Canal, Who Killed Ramona Rhapsody? for the BBC Philharmonic, all live performance and broadcast Radio 3 / Radio Manchester. Ramona was subsequently translated into Dutch and German. Other writing includes Elizabeth the Virgin Queen (City of London Festival) Liz and Di (Cochrane, Soho Theatre also short film) Inferno (Birmingham University). Di has just been commissioned to write a new piece for the BBC Phil and The Imperial War Museum as part of their World War 1 Centenary Commemoration.

As Trainer/Facilitator, Di’s clients include Eon (presentation skills and team build), GL, Caterpillar, Vodafone, Vertex, Birmingham Uni, Warwick Uni. She was co facilitator for The European Theatre of Science, working with nano scientists and Spanish theatre practitioners at the University of Santiago de Compostela and was Co Presenter/Moderator on North West Europe Interreg Conferences 111b and 1V b. Di was Visiting Lecturer in Acting at Birmingham University (2008-11) and speaks German, French, Spanish, Italian and Portuguese. 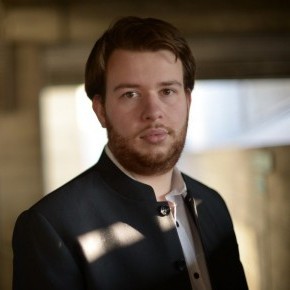 Toby is a composer whose work explores the boundaries between pop music and sonic art. His research looks at the philosophy of creativity, in particular exploring the relationship between aesthetics, culture and the creative mind.

Since studying with Robin Holloway at Cambridge, his music has been performed by ensembles and orchestras including the London Symphony Orchestra, Royal Philharmonic Orchestra, Academy of Ancient Music, Fretwork and Endymion Ensemble, and many choirs including Westminster Abbey, King’s College Cambridge, and the BBC Singers. He also writes for pop music artists including Chase&Status, Ellie Goudling, MOKO, and has recently collaborated with Duran Duran on their new album.

As well as lecturing at Somerville, Toby is a Research Fellow at the University of Bristol (faculty of philosophy) and Visiting Fellow at Cornell University (faculty of music). His DPhil thesis (completed at New College in 2015) looked at how established philosophical notions of the self relate to creativity, and the extent to which contextual analysis can enable us to understand the ‘artistic self’. Toby regularly contributes to TEMPO, Popular Music and Gramophone, specialising in creativity, and the overlap between philosophy and the arts.

Stephen McNeff was born in Northern Ireland and grew up in Wales. He studied composition at the Royal Academy of Music and undertook post-graduate work at the University of Exeter. His professional life began working in theatres throughout Britain and he became Associate Director at the University of Manchester’s Contact Theatre. He went to the Banff Centre in Canada as Composer in Residence for the newly-formed Music Theatre Ensemble, writing a number of works before becoming artistic director of Comus Music Theatre in Toronto. He won a Mavor Moore Award for his opera The Secret Garden. On his return to Britain he won a Scotsman Award at the Edinburgh Festival for his opera Aesop, written with his long-time collaborator, the Cornish poet Charles Causley.

Martin Bussey is a noted musician and educationist, combining the roles of composer, singer and conductor with his work for the Independent Schools Inspectorate. Martin taught at Chetham’s School of Music from 1988 to 2013, including as Head of Music in the Curriculum and Director of Choirs, performing on disc and at the BBC Proms. Martin sings with and directs The BBC Daily Service Singers, and is a vocal tutor at The University of Manchester.

Martin is an experienced and versatile composer with a varied catalogue of works. His interests include song, choral music for a variety of forces, and organ music, as well as instrumental works. His larger scale choral works have been well received, beginning withThe Pied Piper (1985) and A Brand Plucked from the Burning (1989), his cantata celebrating the life and work of John Wesley. In 2002 the first performances of Severn Meadows were given, a work tracing the life of the poet/composer Ivor Gurney through his own writings. There have been many performances of his song cycles setting individual poets: A Chainless Soul (Emily Bronte), Poems of 1912/13(Thomas Hardy) and Blue Remembered Hills (A E Housman). His choral music includes challenging a capella works, such as Ave Mariaand Christ is the Morning Star , as well as simpler, accompanied music, for example, Listen Sweet Dove (Whitsunday). Many audiences have enjoyed his choral arrangements of classics such as I’ve Got You Under My Skin, The Carnival is Over and Sentimental Journey.

Performances of Martin’s compositions have included songs at the Newbury Spring Festival and the London Song Festival, and This Same Jesus in Poland. Mr Hancock’s Letter, performed at the 2013 Ludlow English Song Weekend, was also broadcast on BBC Radio 3’s In Tune, as was The Windhover, performed to launch the Southwell Festival of the Arts. Organ music, including Anima Christi and And An Old White Horse… has been performed at major venues such as St John’s College, Cambridge and Temple Church, London. In March 2014 Chester Bach Singers perform his setting of Browning’s The Pied Piper.

Recently released recordings have received enthusiastic reviews, including Through a Glass a recording of songs, by Marcus Farnsworth, James Baillieu and an ensemble directed by Thomas Kemp, to include Garden Songs and Through a Glass, Darkly, released in September 2014 by Resonus Classics. Other recordings includeThe Song of the Nuns of Chester by Chester Cathedral Choir on Priory Records and Done is a Battle by Southwark Cathedral Girls’ Choir on Regent Records. Tom Bell’s CD Northern Lights on London Independent Records includes several organ works such as Anima Christi and Border Studies.

Libby Burgess is a pianist dedicated to the fields of song and chamber music, working with some of the finest singers and instrumentalists of her generation. She enjoys a diverse song recital schedule, ranging from the Wigmore Hall and St John’s Smith Square to the Aldeburgh, Buxton and Oxford Lieder Festivals; from music societies around the country to broadcasts on Radio 3. A committed chamber musician, Libby relishes partnerships with a range of string and woodwind players, collaborates regularly with The Berkeley Ensemble, and has performed in The Sacconi Quartet’s festival. In 2013 she established Konstellation, which presents programmes exploring the intersection of song and chamber music.

Born in Sussex, Libby read music at Oxford, where she was the first female organ scholar at Christ Church Cathedral, before specializing in piano accompaniment with a postgraduate scholarship at the Royal Academy of Music. Here she was awarded numerous accompanist prizes and graduated with the DipRAM for an outstandingly high final recital mark, subsequently being awarded both the Shinn and Lucille Graham fellowships.

Libby’s passion for working with singers extends beyond the piano: she has conducted Britten and Mendelssohn operas for Ryedale Festival Opera, and is highly regarded as a chorusmaster, in which role she collaborated with Sir Peter Maxwell Davies in the premiere of his Kommilitonen!.  She is regularly asked to give choral workshops and be a guest conductor for choirs throughout the country, and is in demand as a vocal coach. Libby is resident accompanist on courses ranging from Dartington International Summer School to the annual Cello Gathering, and regularly gives masterclasses at schools and universities across the UK.

He enjoyed a prize-winning studentship, culminating in the Queen’s Commendation for Excellence and the Peter Pears Accompaniment Prize, adjudicated by Pears himself. He studied with John streets and Geoffrey Parsons, and is an elected Associate of the Royal Academy of Music (ARAM), a discretionary award given to past students in recognition of their contribution to the music profession. His early professional experience included working for organisations such as Live Music Now, the Young Concert Artists Trust and the Countess of Munster Recital Scheme.

A widely experienced recitalist, his work has taken him to Buenos Aires, Amsterdam, Stuttgart, Berlin, Valencia and Paris, as well as London’s leading venues and UK Festivals. Renowned for his sensitive playing, he excels in a wide range of genres.

Heather has been a professional singer for over twenty five years. Fortunate enough to work with some of the great musicians of our time in many different genres, Heather has performed concerts everywhere from La Scala, Milan to Carnegie Hall. She trained at the Guildhall School of Music and Drama in London’s Barbican Centre (studying with Laura Sarti) and went straight into Opera. Two years later Heather joined the a cappella group The Swingle Singers and toured the world with them for ten years.

On leaving the Swingle Singers, Heather started to specialise in contemporary music on microphone, working with composers like Steve Reich and Luciano Berio and singing with Synergy Vocals as soloists for orchestras all over the world.

Alongside this Heather has a busy career as a session singer for TV and film soundtracks and backing singing for Audio CDs. She also loves to sing Jazz and premiered a Jazz Song Cycle Portrait of a Woman at the Arundel Festival, written for her by David Newton who was voted best Jazz Pianist in the British Jazz awards for the thirteenth time in 2014.

In the last few years Heather has been lucky enough to rekindle her love of Baroque music She is a regular member of Sir John Eliot Gardiner’s Monteverdi Choir. 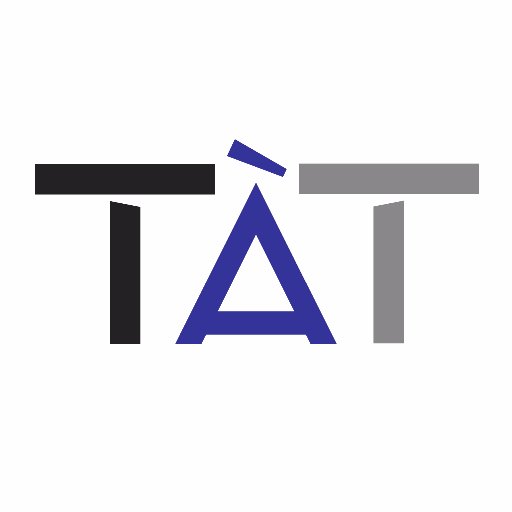 Tête à Tête brings uplifting, surprising, daring and intimate opera productions of the highest quality to the widest possible public, developing both artists and the art-form itself.

Tête à Tête itself has produced over 60 stage works by more than 40 different composers, for audiences throughout the UK and abroad.

In addition, for the last five years the company has created a platform for the work of over a hundred other companies and many hundreds of artists in Tête à Tête: The Opera Festival.

Over the last 10 years, The Music Room at Champs Hill, a private 160-seat concert hall in the West Sussex countryside, has become a venue of choice for recitals and chamber music, both live and for recordings. Autumn 2009 brings the launch of Champs Hill Records, an independent label dedicated to recordings made at the hall.

The Music Room at Champs Hill, and Champs Hill Records are run as not-for-profit concerns. “It’s not about making money, it’s about giving people the chance to hear some of the finest musicians in the world, and about providing a platform for some of the marvellous young instrumentalists who are on their way up. With Champs Hill Records we’re also keen to present relatively little-known music that is unlikely to stand a chance with the big labels.”

Established in 2010 by conductor George Vass and producer Alison Porter, Nova Music aims to promote and curate performances of contemporary and twentieth century music, through commissions, presentation and recording projects, in partnership with labels such as Dutton Epoch and Guild Music.

Andy Rashleigh was born on January 23, 1949 in East London, England. He is an actor and writer, known for V for Vendetta (2005), Richard III (1995) and Nowhere in Africa (2001). Andy has also taught English and for two years was Writer in Residence at London’s Unicorn Theatre for Children.

Andy is a Blue Badge Guide, City of London Guide Lecturer, and Clerkenwell and Islington Guide.