This was a fantastic, entertaining and most professional performance… A most unexpected, evening of pure music, voice, story and laughter!! (Audience member at Over My Shoulder, February 2018)

Over My Shoulder derives from from a curious connection between two very different and fascinating singers. Elisabeth Schumann (right), international classical diva, and Jessie Matthews (below right), darling of the 1930s stage and screen, are buried in the same West London churchyard.

Each of these women was hugely famous in her day, reaching the very peak of the performing profession, and yet their names are hardly recognised now by younger generations of music-lovers. Over My Shoulder sets out to remedy this by weaving together the lives of these two singers as an introduction to their music and artistry, built around the unexpected intersection of their stories here in England. 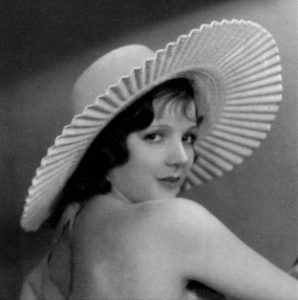 Both Elisabeth and Jessie have rich personal stories as well as their musical careers. They experienced the ups and downs, joys and challenges that the performing life unavoidably entails: there were romantic scandals, tragedies, falls from grace and triumphant come-backs.

The success of my first narrated recital Haydn’s London Ladies, demonstrated how well-suited this style of speaking and singing is to combining a wide variety of musical items and historical anecdotes. Over My Shoulder includes music by Schubert to Rodgers & Hart, taking us from Covent Garden to Hollywood and back via Richard Strauss, Noël Coward and Otto Klemperer.

The first performance of Over My Shoulder was given at St Martin’s Church, Ruislip on September 16th, 2017, in the presence of Elisabeth Schumann’s three grandchildren via her marriage to Walter Puritz.

Over My Shoulder was performed for a second time on 15 February 2018. You can watch a video of a Facebook livestream of this performance here.